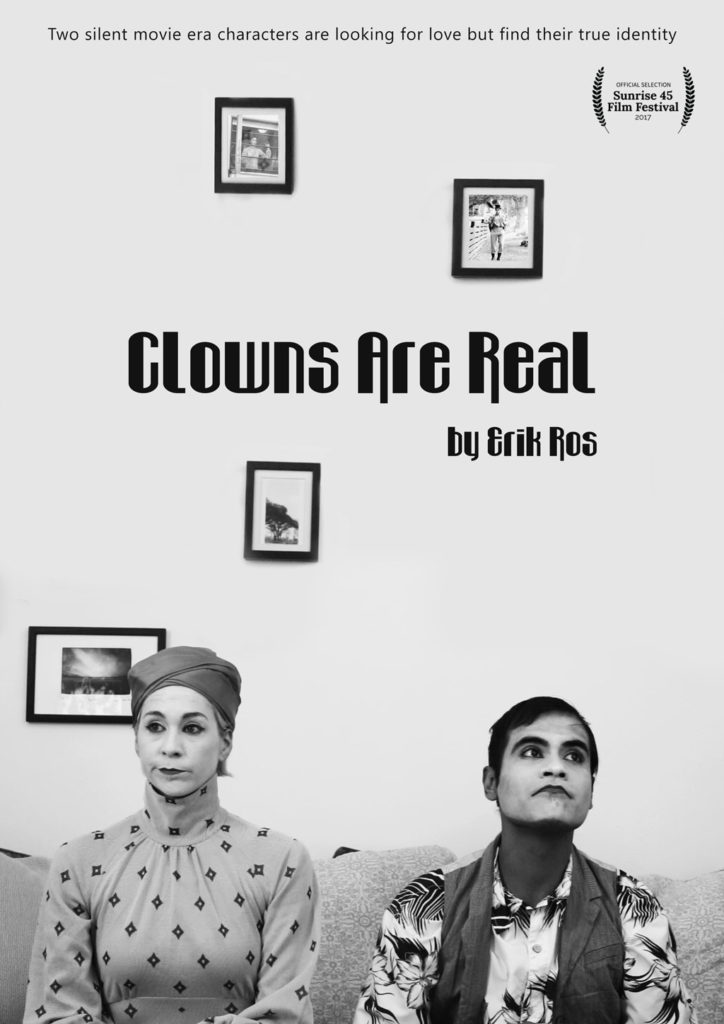 Clowns Are Real is a surrealist silent movie about how through finding relationships we change as individuals. It shot in LA in 2017. The film features two mimes who strike up a relationship, and in the process discover their true identity.
Clowns Are Real features Kasi Engler(IMDB) and Ottomar de Anda (IMDB).

Erik Ros (IMDB) directed Clowns Are Real. Erik got the idea for the movie at the Beverly Hilton. There are irregular indy filmmakers meet-ups there. One of the participants proposed a challenge: Let’s all make a silent short.

Inspiration for the film is drawn from three major fields:

Another source for inspiration was LA aka aka LaLa land. All the people walking around with their dreams, working on making them come true. All the different realities of people sprawling through that crazy urban jungle. A place with so many people can still feel lonely.

The final major inspiration for this film was the 2016 Killer Clown sightings (wiki). The struggle to come to terms with the phenomenon lead to the blueprint of the story.

The opening act of the movie was shot outside and the remainder inside. The exterior material was shot with daylight only. The interior shots reflect the lighting of old TV sets where the shadows are all but gone. It was an attempt to symbolize the different worlds that co-exist in LA.

Clowns Are Real premiered at the phenomenal Sunrise 45 Festival (film freeway) in Alpina Michigan to an enthusiastic audience. After, the film screened in the US and UK before having it’s Youtube premier on 13th of 2017.